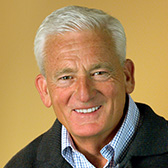 Bob Kavner is one of Idealab's first investors and served on the board of directors from 1999-2012. Bob has invested in and acted as Chairman of the Board for several companies including Pandora Media, Earthlink Networks, Overture Services, and Ticketmaster-Citysearch. In addition, Bob served as Executive Vice President of AT&T, where he also served as Chief Financial Officer for several years, and before that he was a General Partner at Coopers & Lybrand. Bob received his B.A. in Business Management from Adelphi University.